Hello! My name is Chapien.

I've been into ponies since July, 2011. My first exposure was insistence from IRL friends to watch the show, and when I finally listened, I was not at all disappointed. My first online interaction with the pony fandom was via Ponychan, which is where I met the vast majority of my current online friends (although I no longer frequent Ponychan). My Little Pony not only lightened my spirits, but it truly did bring me friendship. Poetic irony!

I also enjoy writing when I have time.

Have a very, very, very nice day, and good luck in all of your endeavor!

I have been absent for quite a while, but I should have a bit more time shortly (at least until my finals arrive). I'd love to get back into role-play, and what better way to do so than with my own canon character?

Post here so I can get interest, and figure out what exactly to do!

The sun shone over Ponyville, illuminating the formerly dark streets as it rose. To anypony, it was obvious that this would be another fantastic day in Equestria. It was warm, but not hot; there wasn't a single cloud in the sky. All in all, it seemed that absolutely nothing could go wrong.

At least, in Ponyville. You see, right next to Ponyville is a certain expansive forest - the Everfree Forest. The name was rather apt; after all, in this forest, the power of pony magic had no sway. The weather acted entirely on its own without outside influence, the animals roamed freely, and not a single pony dared to brave it's depths.

Except for one pony. A certain brown stallion, with a rather unique accent that indicated that he was not a native of Ponyville, had ventured into the Everfree forest, carrying nothing but a saddlebag filled with a week's worth of supplies. He had heard rumors of an ancient treasure hidden deep within the forest, and, being an adventurer, he decided to find these ruins on his own. The apparent danger of the forest did not at all dissuade this brave adventurer - in fact, it did quite the opposite. Danger excited our intrepid hero more than anything else, and if the forest hadn't been dangerous, then the prospect of finding ancient secrets wouldn't have been nearly as exciting.

Our hero is, of course, none other than the good Doctor himself - Time Turner. Known throughout Equestria as a brave (if slightly insane) adventurer, Time Turner had quite a reputation of finding trouble wherever he went and helping those in need.  Of course, he never intended to find trouble, nor did he actively seek out people to help. He often simply heard rumors of some fantastic event or mystery in an area and immediately headed out to investigate, not because he wanted to necessarily help people, but because he was simply curious. Of course, the fact that he helped people on his quest to unlock the secrets  of Equestria merely made his adventures all the more worthwhile.

Being an experienced adventurer, this was not Time Turner's first quest into the Everfree Forest. So, he came prepared. His saddlebag was filled with food, a sleeping bag, a map, and other essential supplies. He was confident that despite the danger all around him, he would be safe on his own. Or so he thought. He had been travelling through the forest for a few hours when it became rather apparent that he was lost. Not that he minded, of course - he just continued walking, as if nothing were wrong. In Time Turner's eyes, there was not an experience more thrilling than getting lost - perhaps the only way to find what he was seeking was to get lost in the first place!

Anyone up for some RP?

Hey guys, I'm looking to get a fun adventure RP going, involving mystery, intrigue, and general fun. The RP would start in Canterlot, but would likely expand to include vast swathes of Equestria. It would ideally be a multithread adventure. I have a few ideas in mind, but I'd like this to be an organically developed story with all participants having a major input on where the story will go next. Would anyone be interested in such an RP? If I get enough interest, I'll post more details.

Of Wings and Steam

A Steampunk Pony Role-Play by Chapien 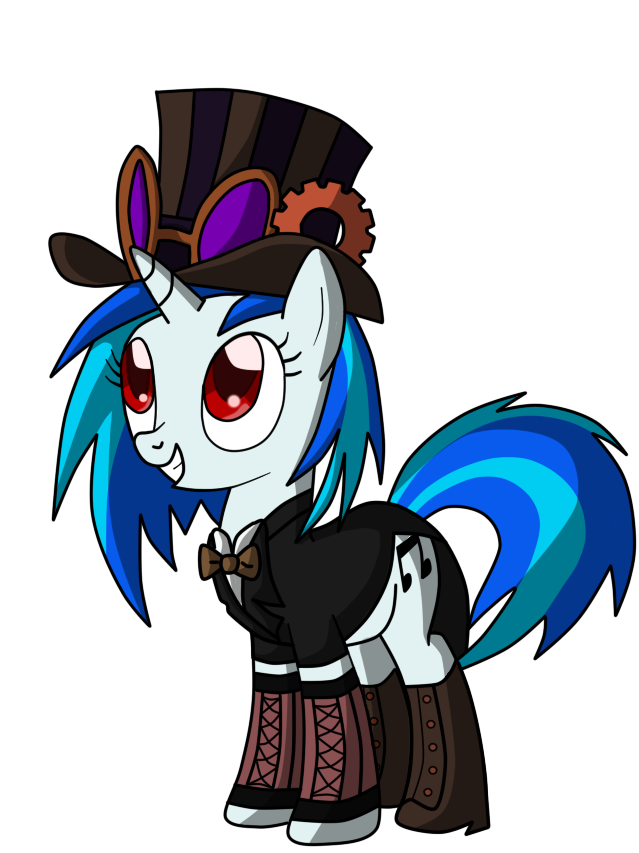 It was a warm day in Canterlot. The smoke from the factories was beginning to slowly engulf the sky above the mountain city. It wouldn't be long before the skies were black with soot, and the temperature would only increase further. The streets bustled as ponies rushed to their jobs for long hours and meager pay - such was life in an Equestria dominated by industry and steam. Towering over the factories and squalor below was the massive Canterlot Palace - residence of the Princesses and central hub for the government of Equestria.

It is in the west wing of the Palace, in the chamber simply labeled as "10" that our story begins. You and a few other ponies have been summoned from whatever dank and dark prison you had been held in for your heinous crimes to the palace. A week ago, you had been given a choice - death, or a lifetime of servitude to the crown's right hoof, The Inquisition. You all foolishly chose to serve the Inquisition, and now here you are, in an ornate room, the walls covered in tapestries, the windows of stained glass - it is a room of luxury, an uncommon sight in the squalor of the Industrial world. Such a luxurious environment is undoubtedly a new experience for you all, and you very likely feel humbled, or at least disgusted at the sheer amount of wealth while most of Canterlot's citizens toil and starve.

The guards escorting you leave the room and shut the door behind you. You hear the ominous click of the door locking, leaving only you and your fellow prisoners and a single, robed pony across the room. The pony is wearing dark purple robes, signifying him (or her) as a member of the Order of the Night. The pony's face is obscured with an ornate mask, covered with symbols relating to the night. The pony has symbol around his (her) neck - a symbol that bears strong resemblance to Princess Luna's cutie mark.

The pony speaks in a raspy, magically-altered voice. Although it sounds almost monstrous, it is impossible to determine the pony's gender due to the filtration, though it is hard to imagine that any sort of pony could make a noise that sounds anything like this.

"You are the criminals. You are now pardoned of all of your crimes and are now employees of the Inquisition, with the rank designation of 'expendable'. You will be working under my authority for the rest of your life. You will do whatever I request you to do. You will be serving the Princesses. You will not ask questions. You will fight and die in the name of Equestria. As servants of the Order of the Night, you will be investigating paranormal and aberrant occurrences throughout Equestria, under my guidance. Do you have any questions?"